A How to Train Your Dragon birthday party -Part 3: Activities

﻿
What do you get when you combine cardboard, Duck tape, glitter glue and stickers?
Viking shields, of course!

Let me just start off by tooting my own horn -I am so proud of myself for coming up with this idea.  Not only was it easy, but eco-friendly as I upcycled my empty diaper boxes!  Awsome!

So, start by flattening and opening up the boxes you are going to use.  And trace a TWO circles for each shield (I used a plate).  Then cut the circles out using an X-Acto knife. (Sorry, no picture of this -thought it pretty self-explanatory)

Next you will need to make the handle out of Duck tape.  "Measure" it long enough to make a loop that your child's arm will easily fit through and then add a bit longer.  You could stick 2 lengths of Duck tape sticky sides together, but I found it really hard to get them lined up exactly with no sticky parts hangin out.  It was much easier and better looking to use 3 lengths of tape.  Put one piece sticky side up on a hard surface.  Then put another length sticky side down on top of the first piece, overlapping half of it.  Wrap the part hanging off the side of piece #1 around to the other side and stick down.  Try to keep it "wrinkle free".  Do the same with the third piece (overlap it a bit).  See above picture.

Cut two slits (a bit wider than your Duck tape handles) in the center of ONE cardboard cut-out.
Put each end through a slit to form a loop.
Fold the ends down toward the center of the shield.  Place a small piece of Duck tape over top to hold the ends in place.
Use a large brush or sponge applicator to apply Mod Podge to the wrong side of one circle.  Stick the two circles together (wrong sides together).
For the next step, cut off a length of Duck Tape (not too long or it will be hard to work with).  You need to cut in in half lengthwise (to make two narrow strips).  I stuck one end to my pant leg or table edge to hold it in place while I cut.
Put the center of a strip of tape around the outer edge of the shield.  Then you work slowly (a bit at a time) and push both sides of the tape down onto the front/back of the shield.  It will have tiny wrinkles because it is a circle but the tape is not...  Use as many strips as you need, just overlap them a bit.
Now you are all set.  We did this activity first so as children were coming (not everyone arrives right at the same time) they had something to do.  We used colored glitter glue from the Dollar Store and stickers.  What is really great about this craft is that it is flexible.  You could get more involved and use paint and other decorations (buttons, yarn, pipecleaners, jewels, sequins, whatever) or you can make it super easy with not much clean up -crayons/markers and stickers.﻿

Then we bought each child a foam play sword from Dollarama (can you tell I love that store?).  After we had done our craft and pinata, we let them sword fight and go on a "dragon hunt" with the swords.  They got to keep the swords and shields when they went home.

A How to Train Your Dragon party -part 2: the pinata

This time for the pinata I used a balloon as the form/shape.  Makes it really quick -and EASY, which was nice because I was on a time crunch to get this party put together and I had been in Edmonton for 5 long weeks.
Painted it green with polka dots to be a "dragon egg".  But you could do it in one color and sponge on a co-ordinating color to make it look speckled, or whatever you want.
We filled it with some toy dinosaurs (sadly, I couldn't find dragons at the Dollarama) and some mini bubble bottles, mini play doh containers, and, of course, some sweets.

﻿I didn't make it strong enough though -we had one kid who really knew how to swing a bat and so not everyone got a good turn in.  Next year I will reinforce it -maybe 25 layers so that it holds up really well!
I just grabbed some paper bags and wrote the childrens' names on them and put some stickers on for loot bags.  For anyone who is going to try a pinata for a kids party, though, here is one rule we learned really fast in my house growing up:
When the pinata breaks no one is allowed to just grab everything.  You get a big bowl and everyone helps put the loot in the bowl, then you divvy it up later into the loot bags so no one is fighting over anything.

A How to Train Your Dragon birthday party -part 1: the cake

Ok, so skip back in time with me a bit... remember the dragon (Toothless) I made out of fondant?  Well, I used him on my son's 4th birthday cake.  He LOVES "How to Train Your Dragon" so we had that as the theme for the party.  He loved it, so I am going to share my ideas with you -in case anyone else wants to use them for their little dragon-lover.
I used a white cake mix (Betty Crocker) and baked two 9-inch round pans.  Make sure to grease (I use Crisco) and flour the pans first to make sure the cakes will come out in one piece!  Once your cakes are cooled, trim the tops to level them out.  Then put frosting in between and stick them together (trimmed sides together in the middle).
I iced the sides of my cake with white buttercream.
Ice the top in green.  I color my icing with AmeriColors soft gel paste.  Don't worry about getting it super smooth, as we will add some "grass" later on.
Using a piping tip, pipe in a lake in blue icing -be as messy as you like, I'll show you my trick to smooth it out!
First, get a small paintbrush.  A small, cheap-o craft one will do -just make sure it has not been used for paint!  Then get a glass with some HOT water.  Now just dip the brush in the hot water (shake off excess water) and "paint" the icing to smooth it.  I smoothed the edges too -to make it look more like a shore.
Then use a grass tip to cover the top of the cake in grass.  I started at the edges and worked in from there so the "grass" overlaps.
Then I whipped up a batch of Rice Krispie squares... but instead of pressing them into a pan, I sprayed a cookie sheet with Pam and molded them into some mountains to go around the cake (I just let the mixture cool off a bit and used my hands to shape the mountains).
I mixed up some gray icing and put it on the mountains.  The great thing about making mountains is they are not expected to be smooth, which makes decorating them super easy and fast!
Sadly, my mountains were not tall enough but I didn't want to make another batch on Rice Krispie squares so I cheated and bought a box.  Cut them all in half and put them around the base of the cake.  I had to stack them 2 high to make the mountains as high as I wanted.  Just stick them down with some icing and use some in between.  Then frost the outside edge and stick the mountains on top.
﻿
Voila!
I do have to admit, though, that I ran out of Rice Krispie squares but was too lazy to make more or go out and buy more, so I improvised.  I cut up an egg carton and used that for part of the underneath parts.  But it got the job done!
And another little touch.  Thanks, Mom, for telling me about these cool chocolate "rocks" at the Bulk Barn!
But still kind of boring until....
you add the DRAGON and CANDLES!!
It was a big hit!  Happy Birthday, my sweet boy!
The Rice Krispies with frosting were really good too!  I am almost tempted to just make birthday cakes entirely out of Rice Krispies from now on -ALMOST.﻿
﻿
*** Stay tuned for part 2***
﻿
linked up to:

So You Think You're Crafty
Posted by Megan at 8:47 PM 2 comments 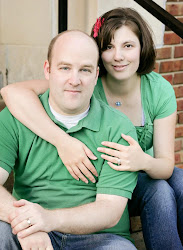 Hi, I'm Megan.Welcome to The Crafty Conundrum, where you can find all kinds of crafty ideas and recipes. Feel free to follow along -the more, the merrier... I don't bite! 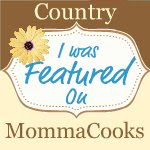